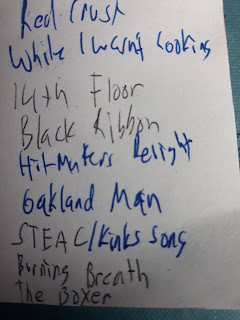 This show has Ovipositor starting out a bit out of tune and rough, but we seemed to have picked up steam along the way. A pretty strong second half or so, in my estimation.

Plus, we actually did put a Kinks song in the middle of Song To End All Cancer, which was fun.

Posted by Mark Pino On Drums at 2:16 PM No comments:

Kind of a strange review, but at least they listened to it! 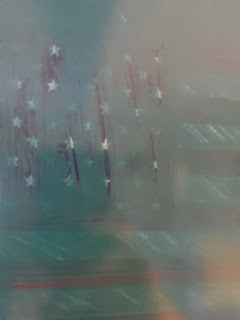 These recordings have been released as one side of a cassette release from Rotten Princess Records in Portland, OR, called "Everyone Needs a Bad Influence Vol. II".

Recorded raw, with no mixing, editing, or mastering. Lo-tech to the max!

Posted by Mark Pino On Drums at 5:05 PM No comments: 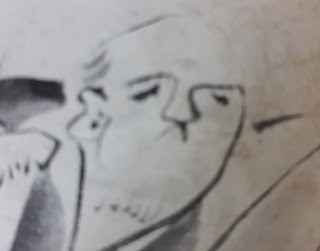 Infinite Plastic Internal in what seems to me to be in pretty full flight. Recorded as a rehearsal for an appearance of KFJC.

Posted by Mark Pino On Drums at 2:00 PM No comments: 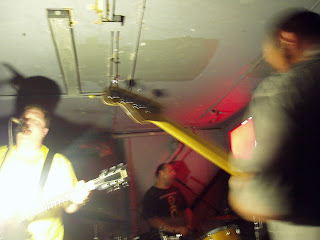 Found photograph of Ovipositor from 2009 or so, Li Po Lounge in SF Chinatown. I have written about how fun those shows were before, but I'll say it again, those were fun times.

Photo by either Scarp Home or his former wife Sandra.

Posted by Mark Pino On Drums at 4:32 PM No comments: 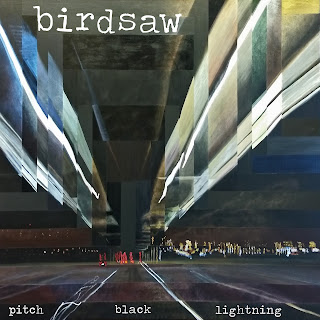 After 18 years, this album is finally done.

About two years ago, the members of Birdsaw began talking about releasing the tunes that make up Pitch Black Lightning in some form. At some point last year, the engineer that recorded them was able to locate the original digital files for them, and he graciously shared them with us.

Since that time, we had them mastered and edited into their current form. I was hoping for some kind of physical release, but that's not currently possible. So, streaming will have to suffice, but I'm just glad that they're out in the world in some way.

Many thanks to Tom, Robin, and Dan, along with Matt Spatol, who did a great job of cleaning and organizing the recording into a coherent release! 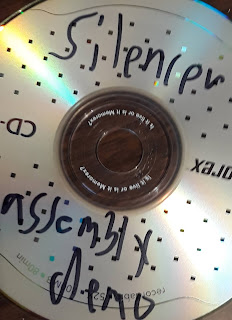 I was going through a stack of burned CDr's, found this little nugget. The two songs on this page did not make it to the Silencer Assembly Bandcamp release, and they are definitely raw, but I just love the energy on them. Demos are cool.

Posted by Mark Pino On Drums at 9:26 PM No comments: