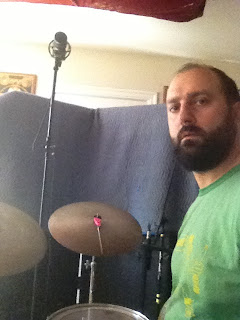 Infinite Plastic Internal started out from necessity, in that it was a way for me to produce sound by myself. As I get older, I realize that it will become more and more a focus, as musical compatriots change aesthetics, or tend to family matters, or pass away, etc.
That said, it's just more practical to realize projects by myself. The onus lies with me and me alone. I have begun to think about self reliance, and the drummer's role within bands. I have spent years propping others' music up. I figure it's time to try and give tangible voice to myself. Drums in the forefront. IPI gives me that freedom.
I have decided to produce a 7" record of Infinite Plastic Internal music. Step one, recording, was completed yesterday at Daniel Humphrey's Montclair, CA studio. I have realized at least three recording projects there, and it's starting to feel very comfortable. As such, we were able to track pretty quickly. Thanks to Daniel for his input and positive vibes. 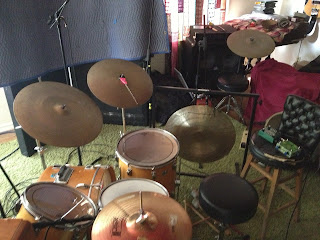 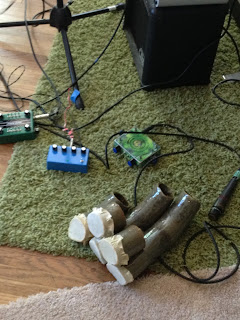 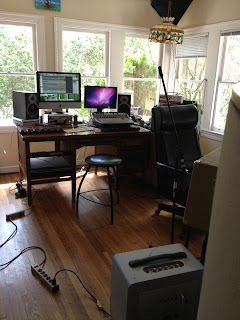 Initial mixes should be completed this weekend, at which point they'll be sent out for mastering/plating. This is happening!

Posted by Mark Pino On Drums at 7:02 AM No comments:

This digital e.p. is dedicated to the  memory of Jason Batzer, who was a friend of Scarp and mine.
Posted by Mark Pino On Drums at 12:10 PM No comments: