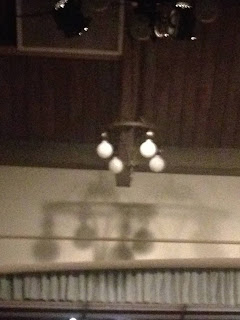 After the emotional battle of last night's Crow Crash Radio gig, it was great to be involved in some live music so quickly, hitting the ground running so to speak, with the added bonus of being part of a larger group that I had little or no control of.
Instagon #684 was one of Lob's Mixer Sets, in which he groups players together, has them feed all signals into his mixer, and sends out the results into the room. Hence, one must cede control; this was exactly what I needed, and I had a blast, playing a simple AM/FM radio. The group featured many fine purveyors of electronic music, and I was stoked to be on a stage with all of them. Stoked as well to mix with the Outsound musical community, what a great group of folks, what a fine community. Always glad to be around them.
Many thanks to Lob for including me in Instagon #684.

Below: my rig for the evening-what a simple load in! 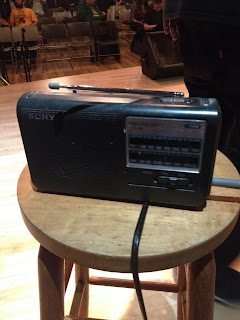 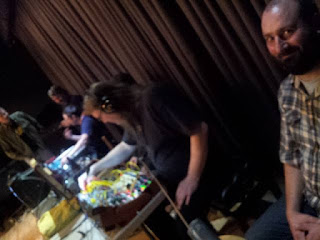 Above: just happy to be here! (Photo by Rent Romus, thanks Rent!)
Below: Instagon Bandcamp release of this show!

File under: Tough Night.
For me, confusion reigned. I mean, it REIGNED.
On the bright side, at least Melissa's vision was clear: check out these great photos that she took!
Thanks, dear! 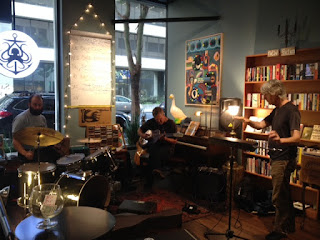 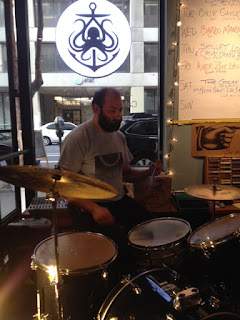 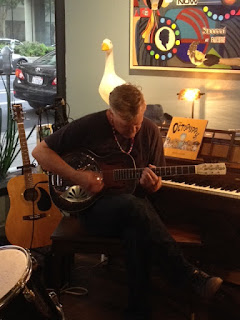 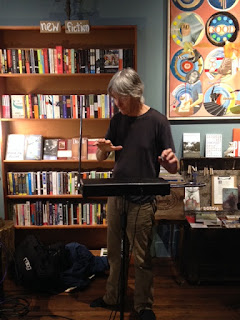 Posted by Mark Pino On Drums at 3:54 AM No comments:

I will be busy later this week! Three shows in three days! 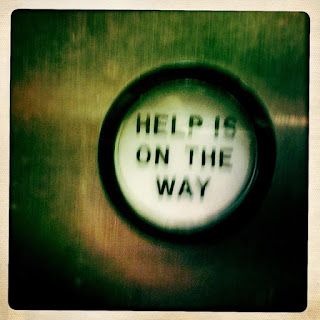 First off, Crow Crash Radio will be playing in Oakland on Thursday, 7/30 at the Octopus Literary Salon, opening for Skillet Licorice. This show will start at 6PM.

Second and third, I will be part of two different groups for the Outsound New Music Summit. On Friday, 7/31, I will play with Instagon. This set will feature Lob doing a Mixer Set, in which several musicians feed their sounds into his mixer and he plays the results. I will be "playing" a portable AM/FM radio. Also on the bill will be the Serge Synth Trio and the Oppenheim/Farhadian/Perkis Trio. On Saturday, 8/1, I will play percussion with Mika Pontecorvo's Bridge of Crows. For this set, we will be performing Mika's film/music piece Bedouin Poet of Mars, featuring Bob Marsh on vocals.  This show will start at 7:30 PM with a performance Q&A session, after which the order will be: Bridge of Crows, Tender Buttons, and the Hsu/Fei/Robair Trio.

I'm looking forward to all of this activity!

Posted by Mark Pino On Drums at 7:32 AM No comments: 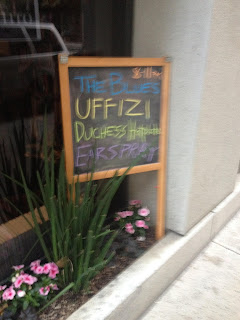 Earspray was collectively very excited to play a new spot in Oakland, so much so that we ended up outside of Octopus Literary Salon's downtown Oakland store front quite a bit early and had to loiter out front for a good long while. Still, our punctuality made it possible to get set up and even sound check (generally a rarity for us), which proved to be beneficial, as we were able to overcome a few technical issues.
As for our actual set, things seemed to kick off nicely, with an initial blast of intensity that I found compelling. The energy level dipped a bit after that, and I found myself trying to push things back up towards those first energetic highs. It can be really challenging to coax a ton of sounds from limited amounts of equipment, and I essentially only used the waterphone, djembe, and some small shakers. I suspect that I may have done a bit too much rolling on the djembe head. Still, trying to work within such limitations can be fun, if a bit daunting.
Hopefully we sounded OK! I can't say, as I was a bit too much "in my head" as the set transpired.
It was most definitely enjoyable to dig the sounds of Duchess Hotplate, Uffizi, and The Blues, all of whom played killer sets.

Below: Carlos and Ann set up 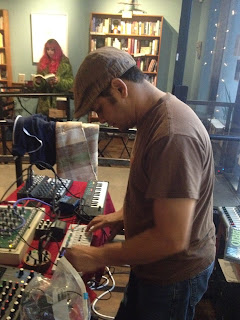 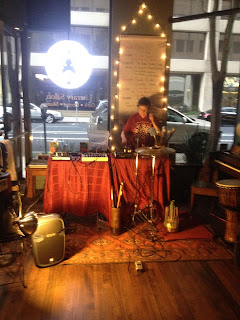 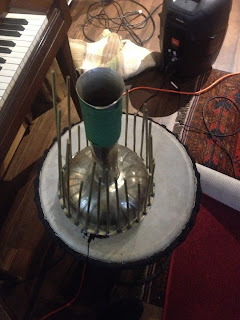 Above:the limits of my gear
Below: video!

Earspray will play this Saturday night! 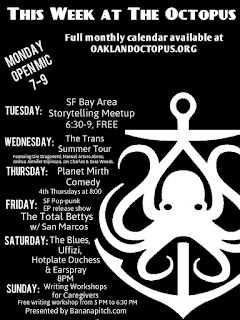 After a break of a few months, Earspray is happy to be playing this Saturday night in Oakland!
We will play at the Octopus Literary Salon, as part of the We Have Only Just Begun to Freak (Out) Series.
Also on the bill will be the Blues (I've seen 'em, they're great), Uffizi, and Duchess Hotplate.

The show starts at 8PM sharp!

Posted by Mark Pino On Drums at 7:47 AM No comments:

This is a live recording of Cloud Shepherd playing with our friend Sheila Bosco at Berkeley Arts Festival Building, 5/23/15.
Thanks to Sheila for playing with us!
Posted by Mark Pino On Drums at 8:02 AM No comments: 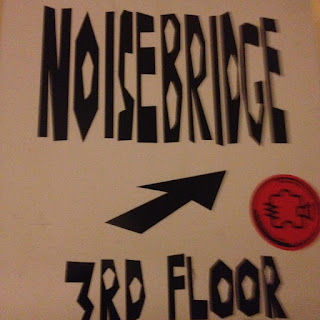 We had just about perfect, classic SF Mission weather through which to drive and walk in, getting to Noisebridge Hackerspace for the debut of Heroic Dart yesterday! That factor made for what felt like some pretty chill vibes as we set up, and, naturally, Grux's boss pancakes made things even more good as their vegan buckwheat deliciousness settled in our stomachs.
After a fabulous set by of No Wave-ish sax/guitar duo from The Blues, Heroic Dart played one twenty minute piece. Things seemed to start off a tiny bit wobbly, but we eventually hit some spaces that felt to me to be good in their bubbling rhythmic chatter. I enjoyed playing the water-less waterphone the most; I must investigate that vibe more.
The wind that blew through the loft windows of Hackerspace as we played was delightful.
As usual, this Godwaffle event seemed to be over nearly right after it started!
Thanks to Grux for booking Heroic Dart!

Below: the set up 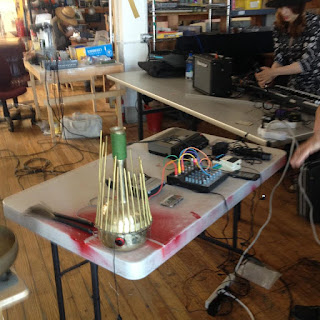 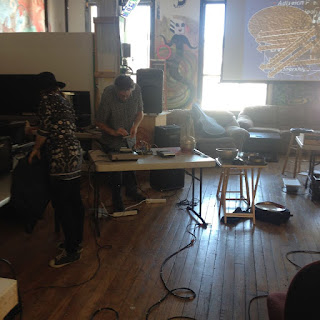 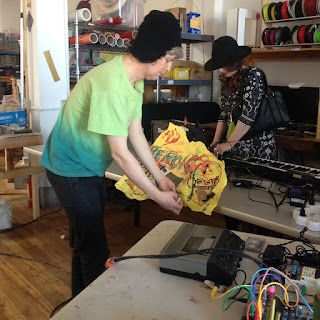 Above: Grux and Sheila!
Below: cool mural and PANCAKES!!! 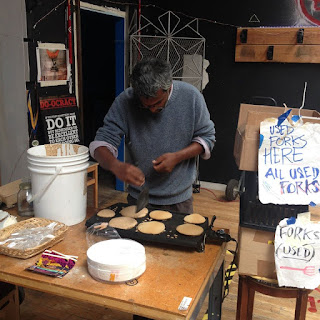 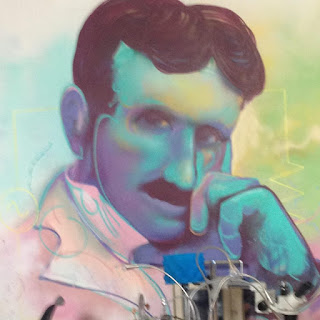 Below: Brian Lucas and I (photo by John Nero, thanks, John!) 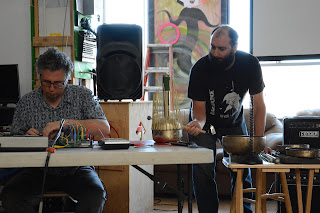 Posted by Mark Pino On Drums at 9:43 AM No comments: 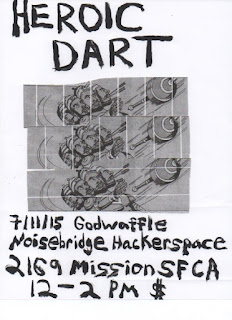 Heroic Dart is the new name for the continuing project of Sheila Bosco, Brian Lucas, and myself. We played previously under the moniker of Cloud Building, but decided to change the name.
We are excited to be playing Godwaffle Noise Pancakes this Saturday! The show happens at Noisebridge Hackerspace, which is located at:

Also on the bill will be Xome, the Nothing, Fathers, and the Blues. The show will start at 12PM sharp and go until 2PM. And, yes, there will be pancakes!

Bring your syrupy selves and dig on some Noise!

Posted by Mark Pino On Drums at 3:51 PM No comments: