Failure Cock has been busy this winter, jamming and recording. Here are some new fruits of Failure.

Posted by Mark Pino On Drums at 7:24 AM No comments: 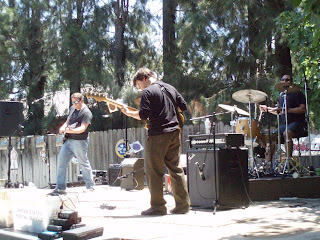 One of my favorite gigs with Ovipositor took place at the 23 Club in Brisbane, CA.
Brisbane is a tiny community, tucked into the hill between San Francisco and South San Francisco. The 23 Club, located on Brisbane's main street, used to be a major Honky Tonk palace. Apparently, a lot of big Honky Tonk stars made the club a frequent stop on their tours of northern California.
Ovipositor played at the 23 Club one Friday night in early 2007. The bill was supposed to feature three bands, but both of the other bands canceled. As one of said bands was in charge of supplying the PA system, and we only found out about the cancellations after arriving from Oakland, we were left with the choice of either turning around and heading back home without having played, or soldiering on as an instrumental band. Thankfully, we unanimously chose the latter option. We played our entire set sans vocals. It was a fun. It seemed as if the lack of having to concentrate on the vocal component of the band freed us all up. Our approach to the tunes was fast and loose that night. Here is my favorite track from the show, Song to End All Cancer. I love the interplay of the band within the mid-song improvised space, along with the raunchy guitar tones.

http://soundcloud.com/mark-pino-on-drums/ovipositor-song-to-end-all
Posted by Mark Pino On Drums at 4:35 PM No comments: 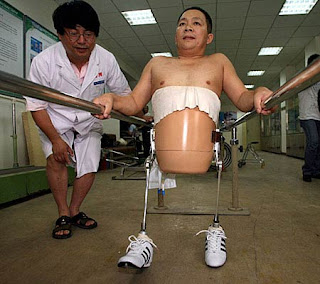 Ralph Spight is a deservedly respected figure within the SF Bay Area Rock scene, not to mention around the rest of the world. He's gone everywhere with his band Victims Family, which has been playing for over two decades.
I first got to know Ralph when he played in the VF off-shoot Hellworms. They remain one of the best bands I've ever seen.
Ralph helped Birdsaw book a national tour in 2000, and Birdsaw played with Hellworms once, at the Paradise Lounge in SF, with Deadweight.
In 2003 I bumped into Ralph at at Oxbow show, and he mentioned that he needed some drums for a solo record that he was producing. I jumped at the chance to make music with him.
These two tracks, with me on drums, were recorded at Ralph's space at Secret Studios in San Francisco, right off of Cesar Chavez St. They were done in a day. Ralph paid me well for my time, and I remain grateful to him for his generosity on so many levels. He's a mensch.