Mega thanks to Sheila Bosco, the wise and remarkable! 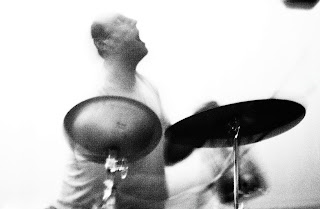 Raouf Gi took this photo of me. What can I say, besides thanks?

Late last December, the men of Crow Crash Radio convened at Daniel Humphrey's Montclair, CA studio to record. Below are a few of the results!

If you want to pay a buck or two, that would be great, as we are trying to raise enough cash to finance a limited run 7" record.

Enjoy!
Posted by Mark Pino On Drums at 8:05 AM No comments: 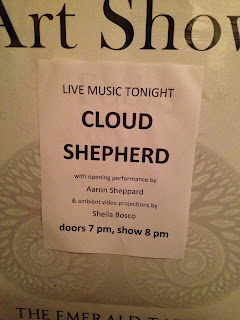 The men of Cloud Shepherd had a great time playing with Aaron Sheppard last night at North Beach's Emerald Tablet.
It being the evening of the Lunar New Year Parade, Chinatown and North Beach were packed with people. SF parking regulations have become positively draconian! 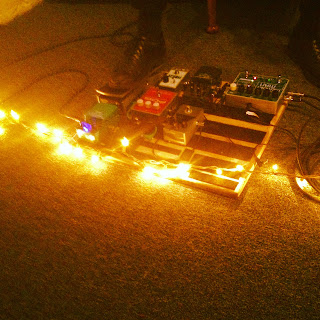 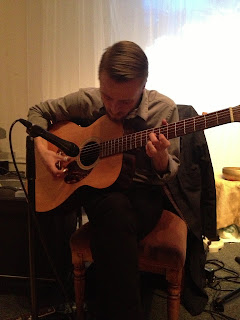 Aaron's playing went from Takoma-styled picking to post-Punk solo looping. He's great: watch out for him, and take in one of his shows!

In the rehearsals running up to this show, Cloud Shepherd had conversed about getting into deeper listening as we play, and about utilizing brevity in our performances. I felt that we stuck to both of those concepts, and ended up playing about six pieces. It seemed like we were not afraid to let an improvised space "end" when it felt like the right thing to do.
I wish that I could comment on Sheila's film, other than saying that she put a TON of work into this show. As I was placed right underneath the screen, I saw none of it. But, wow, when Sheila gets into something, it's absolutely four on the floor! Thanks, Ms. Bosco! 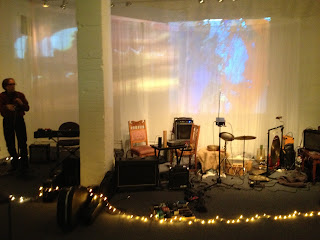 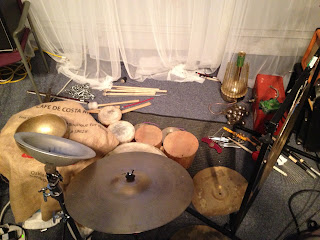 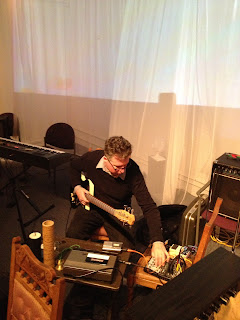 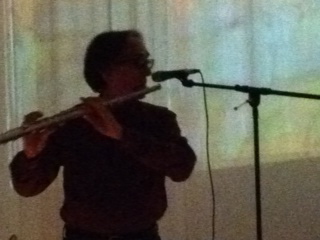 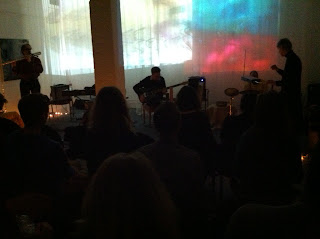 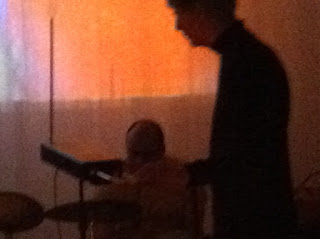 As one can see from the middle photo, Cloud Shepherd's Waterphone made an appearance. This was no doubt inspired by the fact that 3/4 of us went to listen to Richard Waters a few nights before this performance.
Cloud Shepherd is not involved in concepts of New Music production. Cloud Shepherd is involved in making Freak Music for Cave Dwellers. Aging architects, please take note.
Thanks to Brian Strang for the live Shep pics!

Here is some video, graciously filmed and provided by Raouf Gi. Thanks, Raouf!


Here is more video, shot by Sheila Bosco. Thanks, Sheila!

Posted by Mark Pino On Drums at 9:40 AM No comments: 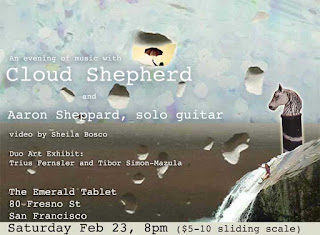 Cloud Shepherd is pleased to announce a very special gig at The Emerald Tablet gallery on Saturday, February 23. We will be joined by our pal Sheila Bosco, who will be doing video accompaniment to our music. Also on the bill will Aaron Sheppard, who does great, trance acoustic guitar music.
We are all very excited about this show. Sheila has put a ton of work into refining her video for this performance; she's gone to Emerald Tablet several times to get a better feel for the space.


While Cloud Shepherd is always a group effort, Joe Noble deserves a lot of credit on this one. Not only did he make his debut on keyboards, but he researched the title of each track, using Etruscan themes. In doing so, he dignified our somewhat juvenile banter during the evening's proceedings.
Posted by Mark Pino On Drums at 7:30 AM No comments: 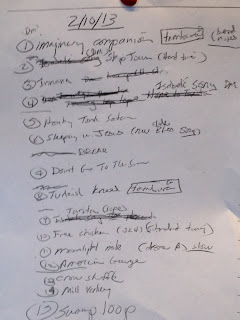 Crow Crash Radio played two long sets and one short set within the confines of Actual's friendly, lively space.
We had actually rehearsed quite a bit, bringing out two new songs and a new arrangement for Moonlight Mile.That said, I beefed mightily on one of the new songs, but was told by my pal Rose that she couldn't hear the mistakes. It definitely helps, when writing a tune, to trot it out in front of people and see how it lands.
There was a young woman from UC Davis present, who is working on a documentary about Actual Cafe. She filmed Crow Crash for almost an hour. Perhaps some of this live footage will make the cut into her film. 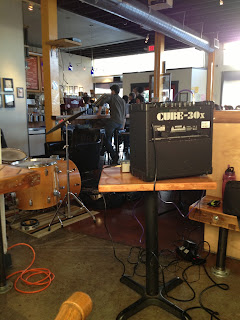 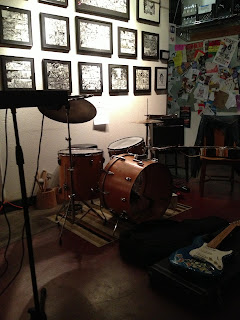 Posted by Mark Pino On Drums at 5:56 AM No comments:

These two surreal shots from our Awaken Cafe gig in 2012 were sent to Crow Crash Radio Central by Neha Bagchi. Thanks, Neha! 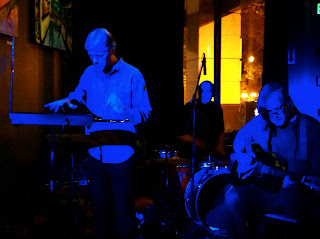 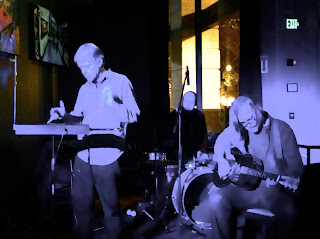 And remember, Crow Crash Radio will be playing at Actual Cafe this Sunday, 2/10, 5PM!

Posted by Mark Pino On Drums at 8:03 AM No comments: 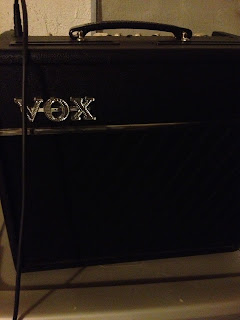 The fine folks at Actual Cafe have graciously asked Crow Crash Radio to perform in their friendly confines, next Sunday, 2/10.
Actual is an interesting place, in that they discourage the checked out laptop vibe, and pretty actively at that. I guess that they desire people to be present. Crow Crash plans to be.
Actual Cafe is located at:
6334 San Pablo Ave, Oakland, CA 94608

We will play at 5 PM. Expect an updated version of Moonlight Mile. 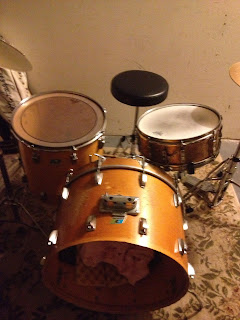