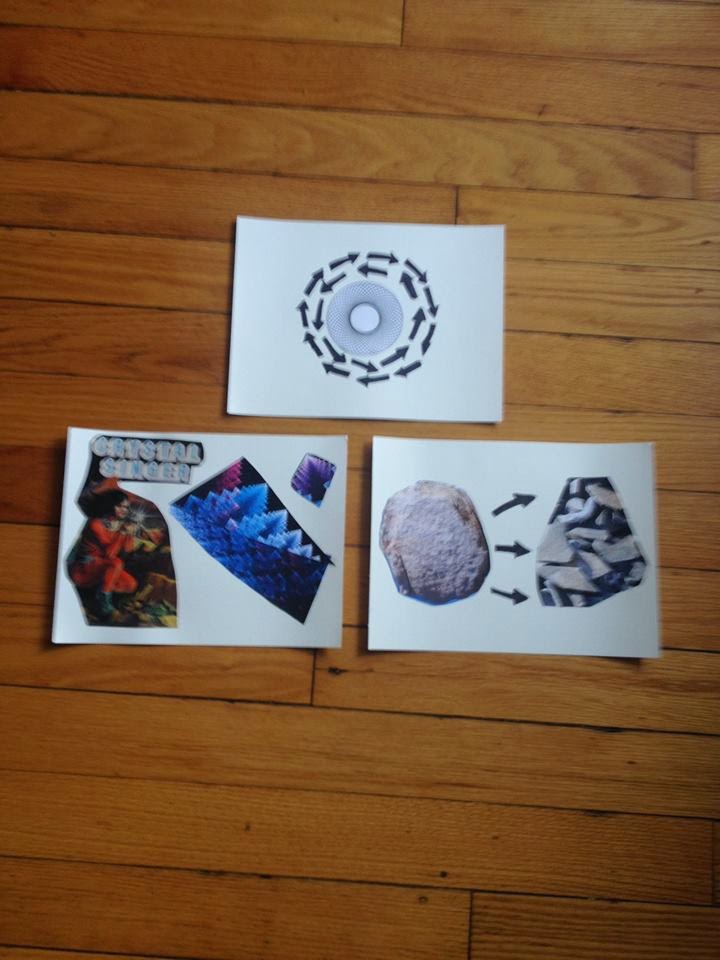 Really strange gig, this one! To start, after members of Cartoon Justice and Cosmists assembled mid-afternoon at the Stork Club, we waited.....and waited.....and waited............
The show was supposed to start at 4PM, but neither booker nor sound engineer showed up. Eventually, at at 5:40PM, Greg of Cartoon Justice suggested that we just set up on the floor and play acoustic; this lead to some nice, short jamming by most members of CJ. During this impromptu configuration, the sound engineer finally showed up, at about 6:15PM. Hastily, we set up Cosmists, during which time it was decided that Mika and Kersti of Cartoon Justice would join in. We proceeded to play one improvisation, using more of Mika's stylistic themes, and then the three graphic charts that I composed for Cosmist's set. Things felt OK, particularly during the last chart, "Transforming Boulders Into Shards", which was led by Eli.
The gig ended with the booking agent telling me that that Stork Club ownership "never wants those guys (Cosmists) booked here again", so I guess that's some sort of karmic victory for someone!
An odd way to end the busy 2014 for me, but there were other events that happened which augured some interesting developments for 2015.
Anyway, Happy Solstice, Merry Christmas, Happy New Year, etc.!
See you next year!


Above: brief snippet of Cartoon Justice and Cosmists in action!
Below: more sound!

Cosmists and Cartoon Justice will play the Stork Club this Saturday! 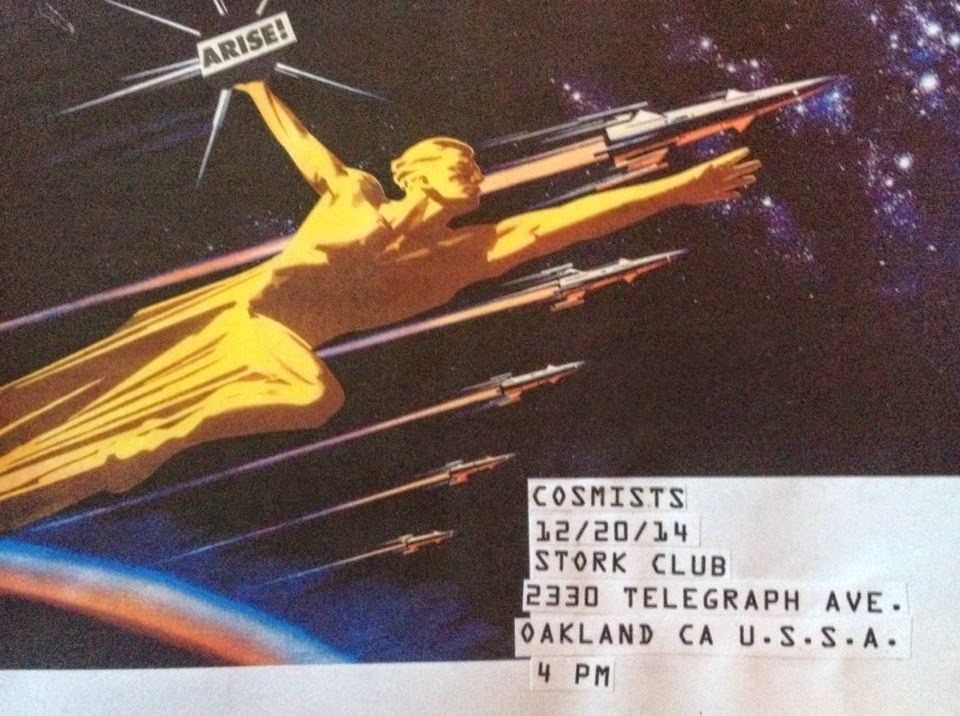 In what will be our only gig of 2014, Cosmists will play at the Stork Club this Saturday, 12/20! Joining Andrew Joron and myself will be bass player Eli Pontecorvo. We're excited for this one, as Eli's bass adds a rich new element to our sound.
Since the above flyer was assembled, my good friend (and Eli's father) Mika Pontecorvo got his band Cartoon Justice on the bill. I will be playing drums with them as well.
The Stork Club is located at:
2330 Telegraph Ave.
Oakland 94612

This show will start at 4 PM, with five bands playing until 8:30 or so. Later on, my friend Dylan Haas's band Midnight Snackers will play! So many great reasons to head to the Stork Club!

Posted by Mark Pino On Drums at 6:19 AM No comments:

Jeff Alphastare and myself will be doing a show together in January of 2015. We got together last weekend and started preparing. Here are some results!