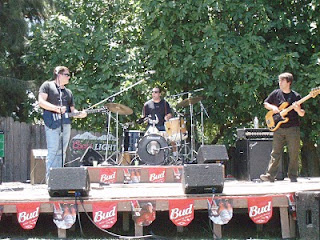 This was the penultimate Ovipositor show with Laurin Askew on bass (his last occurred at the Knockout in S.F., but it was not so good, nor that well-documented).
KDVS is a fantastic radio station, operating at University of California, Davis. They have a true free-form operation. They were also very friendly towards Ovipositor. Along with letting us participate in their Operation: Restore Maximum Freedom 2007 event, they let us play a live in-studio session in 2005 and played our CDs somewhat regularly.
Ovipositor played early on the bill, but we all seemed to have a great time, and played very well, despite the heat of the day. It was probably our best show with Laurin. 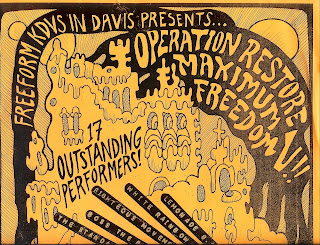 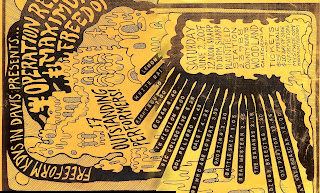 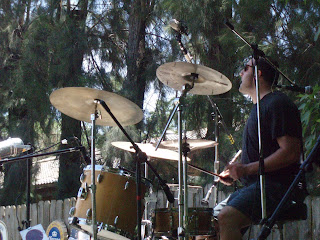 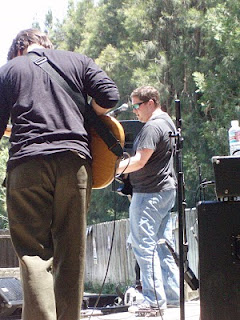 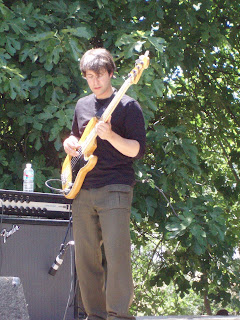 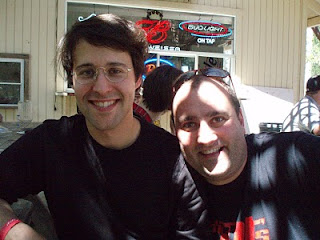 My best memory from this show is one of watching a hipster college student/music fan dancing during Colin's solo on While I Wasn't Looking.  It was a fun day.
Posted by Mark Pino On Drums at 10:04 AM